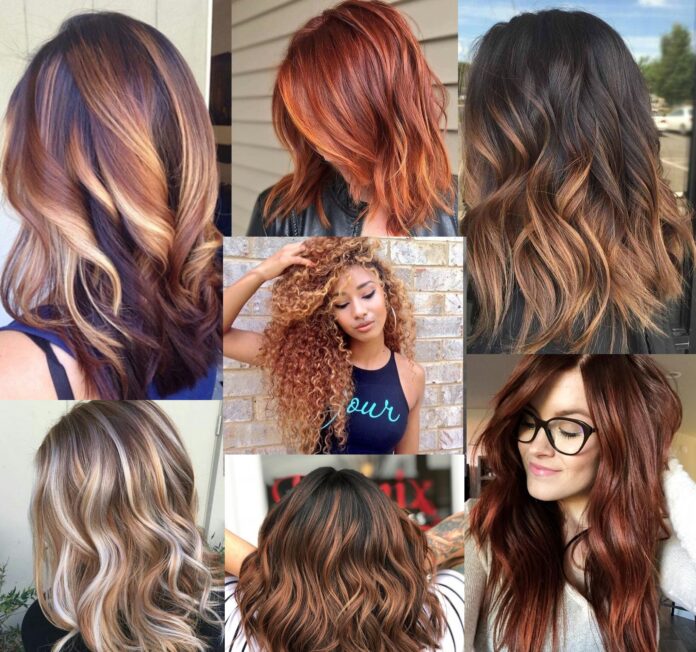 Delicious and festive, the cinnamon hair trend is a great way to spice up your locks this winter season. It will work for you no matter your natural hair color, be it blonde, brunette or red. In fact cinnamon is such a versatile color it will even blend well with other on-trend shades, such as peach, rose gold, and blorange.

So what is cinnamon hair? Well, it is lush and rich, which ranges from spicy reddish tones, to warm coppery shades, to toasty caramel hues. There are so many ways to embrace the cinnamon hair trend. You can go as bold as you like, or go delicate and subtle. So, if you are looking for some inspiration, check out our favorite cinnamon hairstyles.

There are so many hues of cinnamon and this copper and auburn bob has been given an extra touch of spice with some warm cinnamon highlights. This has lifted the color, as well as helped to amp up the texture in this layered lob.

The toasted cinnamon hair color has a lighter tone than classic cinnamon, which helps it to blend beautifully in this balayage in a rich chocolate base. Extra highlights have been added around the hairline to help frame the face.

Mulled wine hair is another huge trend for winter 2018, and it involves the skillful mix of a number of deep red and mahogany tones. This version has been brightened up with some cinnamon highlights and gorgeous relaxed waves. The perfect lob for winter.

If you are looking for a more reddish tone, try out burnt cinnamon, which really complements the mahogany tone of the base color. A few toasted cinnamon highlights have been added to give the hair some extra depth and the bouncy curls make each color sing.

For just a dusting of this seasonal color, add some cinnamon to just the tips of the hair. It is a great way to embrace the cinnamon hair trend, without having to commit completely. It really does look effective on these poker straight locks.

The auburn base of this wavy lob has been lifted with the addition of some bright cinnamon highlights. The colors of this hair are so beautiful, reminiscent of the changing leaves of autumn.

Dark chocolate hair is rich enough on its own, but it is taken to a whole new level when given some warm cinnamon highlights. The color is so lush and luxurious and will work with all skin tones. It will brighten paler skin tones and complement olive and darker skin tones.

The natural afro texture of this model’s stunning hair has been accentuated with multiple tones of cinnamon. Darker tones at the roots and lighter tones at the tips have given the hair incredible depth and so much life. Beautiful!

The cinnamon hair trend is not just great for brunettes, it also works so well with blonde tones. Just take a look at this exquisite honey blonde ombre, which features the flame-like tones of spiced cinnamon at the roots. A few caramel highlights throughout the beautiful long lengths helps to blend the tones together to perfection.

This ash blonde hair has been given an amazing makeover with the addition of big slices of platinum blonde and toasted cinnamon. The beautiful waves add just the right amount of softness to the bold slices of color for a look that is fresh and youthful.

Ringlet curls are making a comeback, and it is not hard to see why when looking at this stunning dark chocolate hair that is so glossy. The ringlet curls are wonderfully defined thanks to the addition of some on-trend burnt cinnamon highlights – just stunning!

This rounded bob could look a little flat in a solid brunette shade, but it has been lifted and given depth with the addition of some cinnamon highlights. Just a great winter hairstyle with a subtle use of color.

This stunning angled lob has been styled into gorgeous relaxed waves, which have wonderful texture and movement thanks to the addition of chunky cinnamon highlights. A great mid-length hairstyle for both fine and thick hair.

Spiced cinnamon has a beautiful orange-reddish hue that is perfect for those with fairer skin tones. Furthermore, the multiple tones of cinnamon will create the illusion of volume in thin or fine hair. The bright auburn highlights around the hairline will frame the face beautifully and also helps to pick out the lighter hues throughout the hair.

The deep brunette shade of these shoulder length waves have been taken from cool to warm with the addition of a toasted cinnamon and caramel ombre. Keep our ombre glossy and healthy throughout the cold winter months with a good quality color care shampoo and conditioner.

Deep auburn hues are warm and rich and are definitely popular hair colors for winter 2018. These long, gorgeous dark auburn locks have been beautifully uplifted with hints of toasted cinnamon, which has helped to define the layers and waves.

There is so much subtlety to this lovely textured bob, whilst still having plenty of fun with color. The dark brown base color has been given a touch of fun with some delicate cinnamon and blush pink highlights – two of the hottest hair colors of the season.

Cinnamon is a shade that will complement pretty much all hair colors, with natural reds being no exception. Just take a look at these fantastic long waves which have a rich auburn base, which blends to warm cinnamon at the tips. Lovely, don’t you think?

You don’t need to go all out with the cinnamon hair trend to have a big impact. This model’s big, bouncy curls are out of this world and have been given some definition thanks to the addition of some delicate cinnamon highlights.

21Lob with Cinnamon and Honey Swirls

Who doesn’t love a cinnamon swirl? Well, it has to be said that cinnamon swirl hair is just as delicious as the pastry. Honey blonde and cinnamon slices have been placed next to one another to create a wonderful swirl effect in this multi-tonal brown hair.

Give your mahogany hair some seasonal spice with some slices of vibrant cinnamon through the lengths. They will look just as good when styled straight, in the classic messy bun, or as when styles in relaxed waves – beautifully effortless.

What could be more enticing that hair that has been inspired by hot chocolate? These incredibly elegant dark chocolate locks have been dusted with some cinnamon highlights, just like you might dust the top of your hot chocolate with the festive spice.

Cinnamon is a tone that will even complement pink hair, particularly those that have a gold or blonde undertone to them. These long rose gold locks have been given some texture with some gorgeous cinnamon highlights, which are concentrated towards the tips. Just beautiful.

If you like bold and bright colours you will love the standout thick slices of cinnamon and caramel that flow through these stunning milk chocolate locks. Vibrant and bright, this cinnamon hairstyle will bring a touch of sunshine to the darkest of winter days.

Multiple tones of cinnamon have been used to give these Hollywood waves and extra touch of glamour. Darker slices of chocolate to the base color, really make the cinnamon highlights pop, don’t you think?

A mahogany base color is taken up a notch with some cinnamon highlights. The colors complement each other perfectly as these messy and effortless waves show. A gorgeous hair color combination!

The warm tones of the model’s skin have been emphasised by her beautiful spiced cinnamon balayage. This is perfect for the winter season, when sometimes we can feel like our skin is a little washed out.

To prevent this super long brunette hair from looking a little flat and limp, it has been given toasted and warm cinnamon highlights, which has given these luscious locks plenty of texture and movement.

Toasted cinnamon is a hair color that is perfect for olive and darker skin tones. There is something almost sun-kissed about these glamorous curls don’t you think? This incredible hair with its beautiful texture, body, and warm tone is enough to make any girl green with envy. 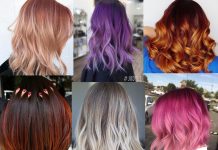 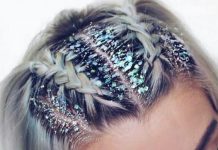 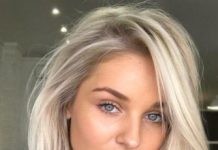