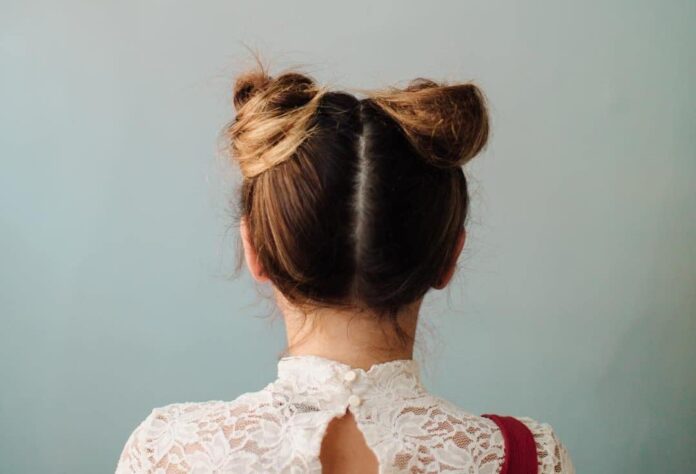 Whether you were old enough to remember them the first time around or you were barely yet alive, the ’90s is the latest decade to experience a resurgence in popularity. In addition to styles of music and fashion trends, ’90s hairstyles are everywhere you look. Although some of the most extreme ’90s styles are best left in the past, modern takes on all of our favorite ’90s looks can give you a second chance to wear these styles for the first or second time. So strap on a choker and grab your oversized jacket, because we’re showing you our favorite looks of the revival with the best ’90s hairstyles we love.

Janet Jackson’s Poetic Justice hairstyle was a defining look for protective hairstyles in the ’90s. These thick, long braids are all about edge, glamour and just the right amount of extravagance. If you’re looking to recreate the style today, be sure your braids go down to at least your waist.

In addition to sky-high platform shoes, skintight dresses and baby tees, the Spice Girls brought ultra-girly pigtails to the forefront of ’90s fashion.

Crimping may have been one of the ’90s more regrettable trends for some of us, but the textured look is making a comeback among young, carefree crowds. Although you can always get a natural crimp by setting your hair in braids overnight, these ultra defined skinny crimps are more often the work of a dedicated crimping iron.

The most popular fringe of the ’90s was all about wispy, feathered texture. Unlike blunt bangs that require a significant amount of styling and upkeep, these bangs are easy to wear and don’t need to be trimmed as frequently.

Once the ultimate way to secure your ponytail, scrunchies have made a surprising comeback thanks to the resurgence of all things ’90s. Reserve this quirky accessory for casual looks and messy ponytails tied high on your head.

Although bantu knots certainly weren’t invented in the ’90s, they became popular in the decade thanks to women like Mel B and Lauryn Hill. Not only is this a gorgeous protective style, but you can wear a bantu twist out look for a few days after your bantu knotted style.

Celebrities like Cindy Crawford helped to popularize long layered hair styled with lots of body. Today’s version may be slightly less pumped up than the ’90s version, but swingy layers still keep the look from falling flat.

In amongst the long hair of the ’90s, there were plenty of edgy pixie cuts floating around. Texture was a defining feature of these looks, and they usually featured some kind of fringe to help frame the face and bring a sense of femininity to even the shortest cuts.

These mini hair clips absolutely ruled ’90s updos, and were seen on everyone from little girls to celebrities at red carpet events. Often worn all over and in rainbow colors, these pinned back pigtails take a more subtle approach to the look.

Super popular both then and now, a long blunt bob is the perfect haircut for maximizing the appearance of fine or limp hair. If you want your blunt lob to have a specifically ’90s feel, wear it with all-over blonde highlights instead of a more modern ombre look.

Arguably the most famous hairstyle of the ’90s came courtesy of Jennifer Aniston in the early years of Friends. Dubbed “The Rachel”, her bouncy layered lob was copied by just about everyone. In this modern version of the shaggy lob, layers are concentrated towards the front of the hairstyle, making it do-able for women whose hair is on the thinner side.

In between all of the trendy protective styles, there were still some ’90s ladies letting their natural hair roam free. Get inspired by Mel B or Lisa Bonet and wear your big curls with lots of pumped up volume.

Hair mascara was a ’90s hair fad that allowed teens and pre-teens to experiment with wild colors in their hair even if it wasn’t parent approved. Today’s trend towards unnatural colors is bringing streaked hair back in an even bigger way. These peekaboo streaks are the perfect way to add  a pop of color without turning your whole head purple or blue, and semi-permanent dyes let you wear the style for longer than hair mascara did.

Wispy and feathered bangs may have been the most popular choice in the ’90s, but edgy girls like Drew Barrymore were seen pairing their bob haircuts with more blunt bangs that landed above the eyebrows. If you’ve got an oval shaped face, these daring bangs will help to open up your face and showcase your perfect brows.

A high ponytail with just the right amount of tousled, messy texture and some loose strands of hair framing the face is an essential ’90s updo that translates perfectly into modern style. This is a great next-day style after a big night out, but can also be your go-to style for pairing with fun, flirty outfits.

Finger wave hairstyles were popular in the ’20s and ’30s, and reemerged in the ’90s thanks to stars like Missy Elliot. Because they’ve been popular for decades, finger waves are quite versatile and can go with edgy outfits or more formal vintage-inspired styles.

A chin length blunt bob is the the perfect in-between style for ’90s lovers who can’t decide between a short pixie or long voluminous layers.

If you like the pigtail silhouette but want to be a little more subtle, these braided bangs should be your go-to when ’90s nostalgia hits.

Looking for a hair color that’s ’90s inspired but still appropriately modern? Our favorite decade was all about the blondes, both in bleachy platinum and golden colors. Compared to today’s ultra popular balayage and ombre highlight styles, going for a full head of golden blonde or platinum hair will set you apart from today’s crowd.

Channel Lauryn Hill’s famous ’90s style with these mid-length locs. If you don’t have the real thing, crochet braided and faux loc styles make it easy to try out the look for a few weeks without the years of commitment.

Another Spice Girls inspired look, messy double buns were a big deal in the ’90s and just as popular today. Getting the right amount of mess without your style falling apart can be a little tricky, and we recommend working with hair that hasn’t just been washed and using texturizing spray to provide extra grip.

If your ’90s tastes were edgier than the Spice Girls, go for a grunge hairstyle that’s bleached blonde and always messy.

Like Winona Ryder’s trendsetting ’90s pixies, this short hairstyle is full of spiky texture. Don’t be afraid to use product to enhance your piecey pixie, as a good styling cream or pomade is an essential part of defining individual strands of hair.

Whether you’re wearing a bob or something longer, ’90s hairstyles heavily favored hair that was parted straight down the middle. For women looking to slim the appearance of a round face, a center part allows hair to fall straight over the cheeks, creating a more narrow profile.

Turban and head wrap styles were big in the ’90s thanks to women like Erykah Badu, and they remain a stylish way to keep your natural hair protected today.

Although the ’90s were mostly about straight hair, a few icons were known for their long gorgeous curls. We first met Mariah Carey as a curly haired goddess, and Keri Russell’s turn in Felicity sparked a brief resurgence in the ’80s perm craze.

27Half Up Pigtail Buns

Combining the decade’s obsession with pigtails and buns, this edgy but girly look is one of the trendiest ways to bring back the decade.

The swoop of bangs across the face became a signature accessory to go along with long layered hairstyles. Today, this look remains popular for women who don’t want the fuss of styling shorter bangs, or anyone trying to minimize a larger forehead.

Baby hair was big in the ’90s thanks to love from stars like TLC’s Chilli, and the style has made a big comeback today. Not just about looking trendy, leaving baby hair out of updos like ponytails and buns can save your fragile edges from being pulled and damaged.

For events too formal for crazy twists and butterfly clips, a sleek and simple chignon was a popular choice in the ’90s. Simple and sophisticated, this is one timeless look that won’t ever go out of style. 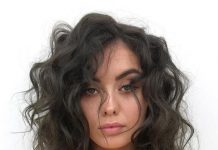 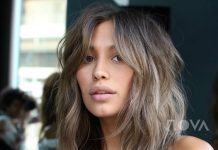 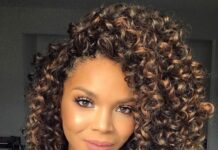 Kat Jorie - April 14, 2020 1
Manic Panic Colors 101 With an incredible range of colors and products that are 100% vegan and cruelty-free, Manic Panic semi-permanent hair dye is one of...

Nicole Eve Brown - November 22, 2019 107
40 Crochet Braids Hairstyles | Crochet Hair Inspiration Crochet braids made a huge debut in 2016 and it looks like they are not going out of...

Kat Jorie - October 15, 2019 0
Best Keratin Treatment To Do At Home Keratin treatments for hair were once the exclusive domain of salon-goers, offering up straight and silky-smooth locks for...

Jane Schwartz - September 10, 2019 0
12 Best Shampoos for Keratin Treated Hair | Best Keratin Shampoo and Conditioner Reviews Want to know how to maintain and style your hair after...

Gemma - August 12, 2019 0
Keratin Hair Mask and Deep Conditioner Reviews If you have recently had a keratin treatment, you are probably enjoying having manageable, silky, and smooth hair...

Cute Little Girls Hairstyles When it comes to hairstyles for little girls, there are so many cute options that are full of personality, and the results...

25 Updo Hairstyles For Black Women | Black Hair Updos Inspiration Wearing your hair up can feel tired. If you find yourself thinking, "ugh, another ponytail",...

Short Hairstyles for Fine Hair If you've got fine hair, each individual strand is relatively small in diameter. This probably means your hair has a...

30 Shag Haircuts And Hairstyles One of the most popular looks of past decades, shag haircuts have enjoyed their time as a trendy style, in...